“The main purpose of the stock market is to make fools of as many men as possible.”–Bernard Baruch

August and September were a blunt reminder that stocks will correct, and sometimes violently. We had gotten used to the tranquil seas of the last four years, which passed without a 10% correction in the S&P 500 Index.  It was, in a word, nauseating.

Nevertheless, basic fundamentals that fueled the bullish run remain in place, including a (very?) modest economic recovery and interest rates still at historic, rock-bottom lows.  The downturn in corporate profits was widely attributed to weakness in China and the energy/materials sector, and investors are anticipating a resumption of earnings growth in 2016.

Following the rough waters of August and September, the major market averages have been on a winning streak for the five weeks through October 30.

The strong run-up (Table 1), which saw the Dow Jones Industrials and the S&P 500 Index turn in their best performances since October 2011 (Wall Street Journal, St. Louis Federal Reserve data), have put stocks within hailing distance of their all-time highs—and within striking distance of having a positive 2015 overall.1

Since it’s impossible to time the market accurately and consistently, I stress the importance of a consistent and well-crafted investment process.  I know there are those who claim they have a method to time the market, but forecasting the future involves two key components: perfect information and the right equation to input said perfect information. Neither exist, and there are always the unknown events that can derail even the best models—unknown unknowns as Donald Rumsfeld might say.

Further, as the late, great Yogi Berra once said, “It’s tough to make predictions, especially about the future.”

That said, as in baseball (except for my Cubs), we can look at historical returns for guidance.

October in particular has an unsettling reputation. The Crash of 1929 and the one-day Crash of 1987 come to mind. More recently, October 2008 was a terrible month for stocks. In reality, October has historically smiled on investors, while September gives cause for the most anxiety–see Table 2 below. It’s important to note, too, that we are heading into a time of year that has been kind to investors.1

In fact, on average, two of the three best months since 1970 have occurred in November and December.
Still, these are only averages. Following October’s melt-up in stocks, we may not see another strong run heading into the end of the year.  Whether or not we end up positive in the major indices, it will not have been a banner year for any asset class.

Looking ahead and possible volatility

There are several variables that may affect equities in the short-term and create some volatility heading into the end of the year. The most discussed is the on-again, off-again fed funds rate hike.  September seemed to be the ideal time, but global troubles and a drop in the stock market forced the Fed to blink.

With the slowdown in the U.S. economy during the third quarter (U.S. Bureau of Economic Analysis), expectations for a 2015 rate hike had receded–until the Fed concluded its late October meeting.  First, the Fed significantly downplayed global turmoil.  Second, while it left a December rate hike on the table (no surprise), the Fed’s statement explicitly said the December meeting might bring about “liftoff,” the term analysts use to describe the first in what is eventually expected to be a series of fed funds rate increases.

What makes that more significant? It’s the first time the Fed specifically referenced an upcoming meeting. Besides emphasizing that December is still in play, central bankers wanted to prep investors who were growing complacent and had downplayed such a possibility.

Fed officials are now crossing their fingers, hoping the economy cooperates and unexpected global turbulence doesn’t resurface.  I also think that they have been talking about a rate hike for so long now that not to hike even a little sends a no confidence signal to the market.

What does it mean for investors? Focus longer term

The first rate move in almost ten years has enormous symbolic significance and will almost certainly cause market volatility. But it is just that–symbolic. Five years from now, will it really matter if the Fed moved in December versus say in September? Not at all.

The reality is that short-term rates will probably remain near rock bottom levels well after the Fed gradually begins to raise interest rates. If we throw modest economic growth into the mix, we’ve created two (possible) strong tailwinds for stocks.

Remember, two of the key components of a bull market are economic growth, which supports profits, and low interest rates, which reduce competition for stocks.

Take a look at Table 3, which includes stock market performance during Fed tightening cycles over the last 20 years. Though conventional wisdom suggests higher interest rates hamper equities, the S&P 500 Index managed to rise in three of the four cycles. The aggressive series of increases in 1994, which lasted about a year, only modestly blunted bullish enthusiasm.

August and September reminded us that stocks will go through rough patches in the short term.

We haven’t experienced a bear market– 20% drop or more – since 2008. It will happen again.  It’s inevitable, but if 200 years of history are a good guide, markets will exit the bear market and reach new highs.

2 The 6-month period from November-April has gained +548% for the S&P 500 since 1990, 8 times the +66% return achieved during the 6 months from May-October.  Both numbers are aggregate total return performance results calculated for their respective 6-month periods beginning on 5/01/90 and continuing through 10/31/15.  In the most recent November-April time period, the S&P 500 stock index was up +4.4% (total return) and was up 0.8% (total return) in the most recent May-October time period (source: BTN Research).

Holdfast Wealth Mgmt · 2 days ago
@holdfast_wealth
Are we entering a post-dollar world? https://t.co/4EDg2lFqJA
View on Twitter
0
0

Holdfast Wealth Mgmt · 3 days ago
@holdfast_wealth
Even in Trying Times, July Fourth Is a Day for Optimism https://t.co/XxaUQsxADo
View on Twitter
0
0 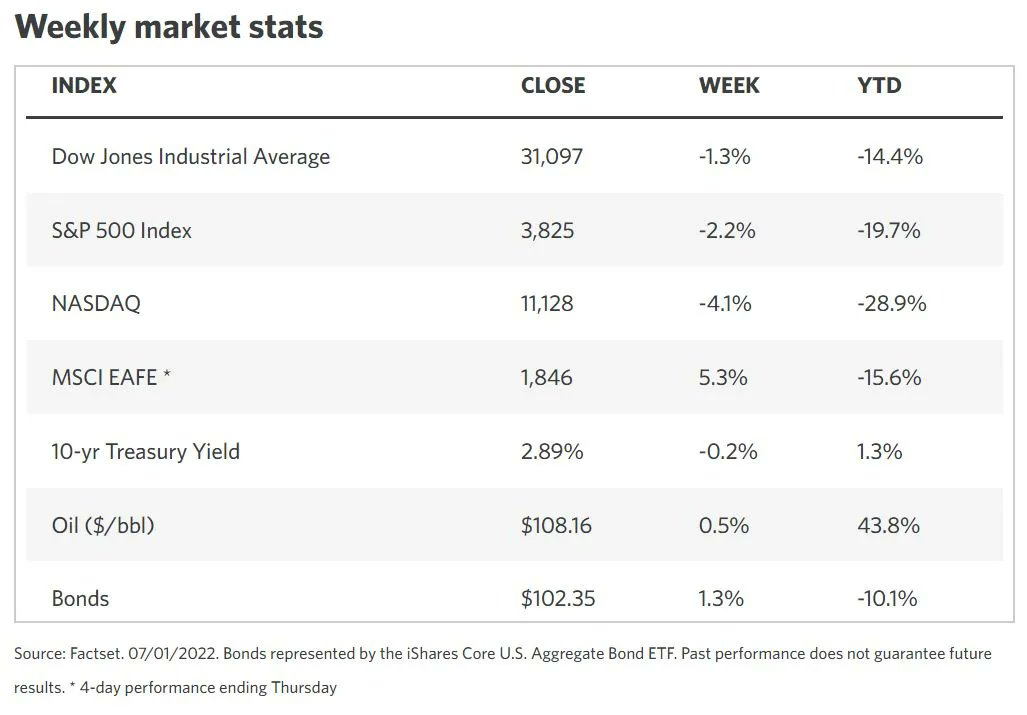